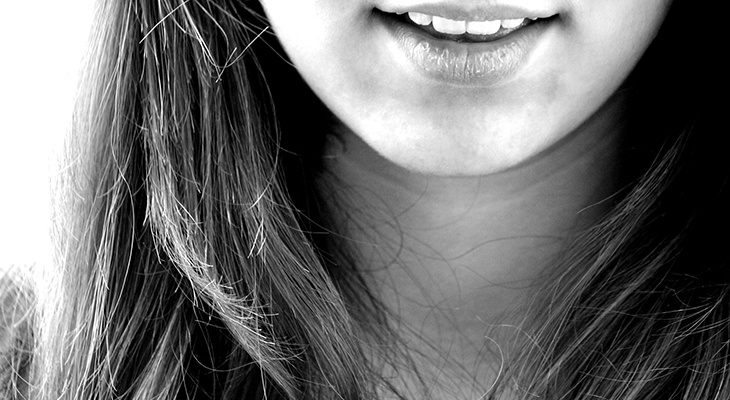 What does this mean?

Think of it this way, if something happened to your brain, which is the central nervous system that sends commands to your entire body, the rest of your body would soon know it.

Ever wondered why your doctor checks your throat when you get a checkup for a simple cold, cough or flu?

The bacteria comes in from your mouth or could be lingering around the surfaces of your gums and cheeks just waiting for the right time to strike other parts of your body.

The mouth is the dirtiest part of your body. That’s the main entrance of every bacteria, microorganism and other harmful particles.

Though many of the bacteria found in your mouth aren’t harmful, one still should not risk the chances of keeping those harmful bacteria at bay by being negligent and complacent with their oral hygiene.

Here are a few ways bad dental hygiene can affect your health.

This can affect the entire body or worse, affect the brain and cause a stroke.

Endocarditis is an infection that causes inflammation in the inner lining of the heart and its valves.

This is consequently related to how oral hygiene affects the condition of the heart and possibilities of heart diseases.

Endocarditis is caused by bacterial infection that enters the bloodstream and affects the lining of the heart muscles. The bacteria sticks to the surface of the valves and builds pockets of bacteria that can be very fatal.

Periodontal disease causes inflammation and bleeding in the gums thus, creating an opening for the bacteria to enter the bloodstream. It’s an oral bacterial infection which is a kind that can cause endocarditis.

People with diabetes are at a higher risk of getting gum diseases. Diabetes greatly reduces the body’s ability to fight infection. In turn, it also proven that diabetic patients have slower regeneration abilities making them heal a lot slower than normal.

Thus, sugar lingers longer in the body which poses more life for bacteria that causes gum diseases. Naturally, the bacteria will then turn into an infection making the blood sugar rise. These two form a two-way relationship of impairing insulin production and feeding bacteria due to high blood sugar levels.

It’s such a powerful cycle but nothing a regular periodontal checkup and prevention can’t fix.

Pregnant women should be extra careful and religious with maintaining their oral health. As much as our human logic would want to insist that oral health is nowhere near related to pregnancy, that is, unfortunately, not the case.

Detailed studies show the strong and very plausible relationship between periodontal disease, premature labor and low-birth-weight. The connection is too substantial to deny.

Being a reservoir of bacteria and infection, research suggests that the bacteria that causes gum disease can travel through the bloodstream, break through the placenta barrier and attack the fetus, potentially, leading to low-birth-weight.

In addition, periodontitis is a what science calls a Gram-negative bacterial infection that produces endotoxins.

Endotoxins then stimulates the production of cytokines and prostaglandins. If a pregnant woman builds up a significant amount of these two, premature labor is stimulated. It can cause fetal toxicity that results to low-birth-weight.

Many case studies suggest the possible connection between periodontal disease and Alzheimer’s disease. Though there has been significant traces and links between the two conditions, doctors, researchers and bacteriologists have not found concrete evidence to establish the claim.

They are two very different anatomical branches yet both cause inflammation in the nerves. The only solid connection between the two is the ability of bacteria that cause periodontal disease to enter the bloodstream that channels to the head and help the development of Alzheimer’s disease.

Though there’s no solid conclusion to establish that periodontal disease causes Alzheimer’s disease, studies show that 70% of people with chronic disease for more than 10 years are more likely to develop Alzheimer’s.

“Our findings support the notion that infectious diseases associated with low-grade inflammation, such as chronic periodontitis, may play a substantial role in the pathogenesis of Alzheimer’s disease,” - Alzheimer’s Research and Therapy, Chung Shan Medical University

Prime dental hygiene is recommended to be maintained even more in old age since the body’s immune system grows weaker with age thus being more susceptible to bacterial infection.

Now, this bit isn’t to establish that improper oral hygiene can cause HIV/AIDS. This disease is known to be transmitted sexually or through contaminated needles. This portion is to show HOW the STD is related to oral hygiene and diseases.

HIV stands for human immunodeficiency virus. This virus attacks the body’s T-cell (CD4 cells) which are essential for the immune system to fight infections. If the virus destroys enough CD4 cells, the body won’t be able to fend off infections.

Gum disease is an infection that if not kept at bay, can be orally degenerative. Aside from this, HIV/AIDS is proven to cause many oral problems that can cause trouble with eating or drinking, leading to malnutrition.

The American Dental Association listed these oral problems caused by HIV/AIDS to be the following:

The relation of improper oral hygiene and how it affects the body is still a fairly new medical focus that needs more study. Current investigations about its relation to lung conditions, rheumatoid arthritis and obesity are still underway but links have already been found.

The primary thought to always bear in mind here is the numerous parts of the body are still part of ONE BODY.

The lack of scientific evidence to link unmentioned body condition to another shouldn’t be a reason for one to be complacent and negligent.

The fact that the mouth is the gateway to your body is more than enough reason to believe that maintaining proper oral hygiene is essential to not only keeping your oral health but to keep your overall health as well.

Brushing your teeth regularly, flossing, rinsing properly, eating healthily and visiting your dentist regularly regardless if there’s a procedure to be done or not are some of the things you can do to prevent oral diseases that can greatly affect your body’s overall health.

We ONLY have ONE BODY in our lifetime. Let’s take care of it any way possible.

The Friendly Dental Group of South Park is one of the fastest-growing dental practices in the South Park Charlotte area, providing a wide range of affordable yet prime dental care services, including; teeth whitening, extractions, braces and Invisalign, dentures, tooth fillings, and many other dental care procedures.

The South Park dentists are highly-trained professionals whose primary aim is to give top-of-the-line dental treatments with comfort to every patient that walks through their doors. They accept new patients, walk-ins and emergency patients five days a week.