Reasons Why Your Gums Are Bleeding & How to Stop Them 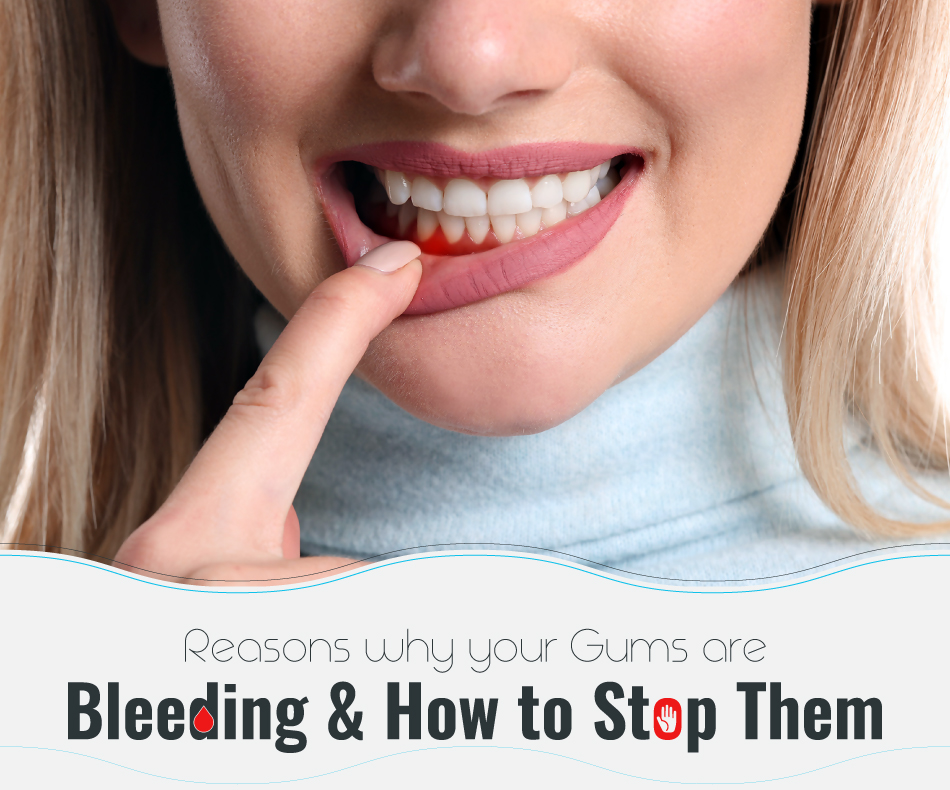 Oral health is not all about healthy teeth because healthy gums are also significant. Gum bleeding is very common, especially when brushing or flossing. The condition may be normal if bleeding is caused by an injury. Otherwise, you must consult a dentist to rule out the problem.

Why Is Gum Health Important?

The gums play a significant role by protecting the teeth and preventing the development of disease in the mouth. It also covers the bones to which the teeth are attached. With the gums, the teeth are in place and block the bacteria. Like giving care to your teeth, it is also essential to provide proper care to gums so that bacteria would not proliferate around the teeth that may cause gum diseases.

What Are Bleeding Gums?

Bleeding gums is one symptom of developing gum disease or other health issues. Sometimes bleeding occurs when brushing the teeth vigorously, or if the dentures do not fit well. If bleeding occurs frequently, be cautious about more serious conditions, like:

Consulting a dental expert, like this professional dentist in Harrisburg, is the key to determining the cause of bleeding and ruling out the best treatment to stop gum bleeding. But here are simple ways to stop bleeding even at home.

Poor dental hygiene is one culprit of bleeding gums. When the plaque accumulates in the gum line, it will cause inflammation and eventually bleeding. The plaque that covers the gums and teeth contains bacteria. Poor dental hygiene will lead to spreading the bacteria and cause gum disease and tooth decay. Thus, it is essential to practice good oral hygiene all the time.

Antibacterial mouthwash can prevent gum bleeding. Aside from killing the bacteria, mouthwash can also reduce inflammation, thus soothing swelling and bleeding. Gingivitis can cause bleeding, and mouthwash prevents and treats the condition.

A cold compress is an effective way to stop bleeding. All you have to do is compress a small ice pack against the bleeding gums. It can also soothe the swelling and other minor mouth injuries. Otherwise, if the bleeding does not stop after 10 minutes of employing a cold compress, you need to call a doctor.

Another way to stop gum bleeding is by gargling warm water with salt. It will help to cleanse the area and reduce bacteria. Repeat the process several times until the bleeding stops. It will also ease the swelling of the gums. 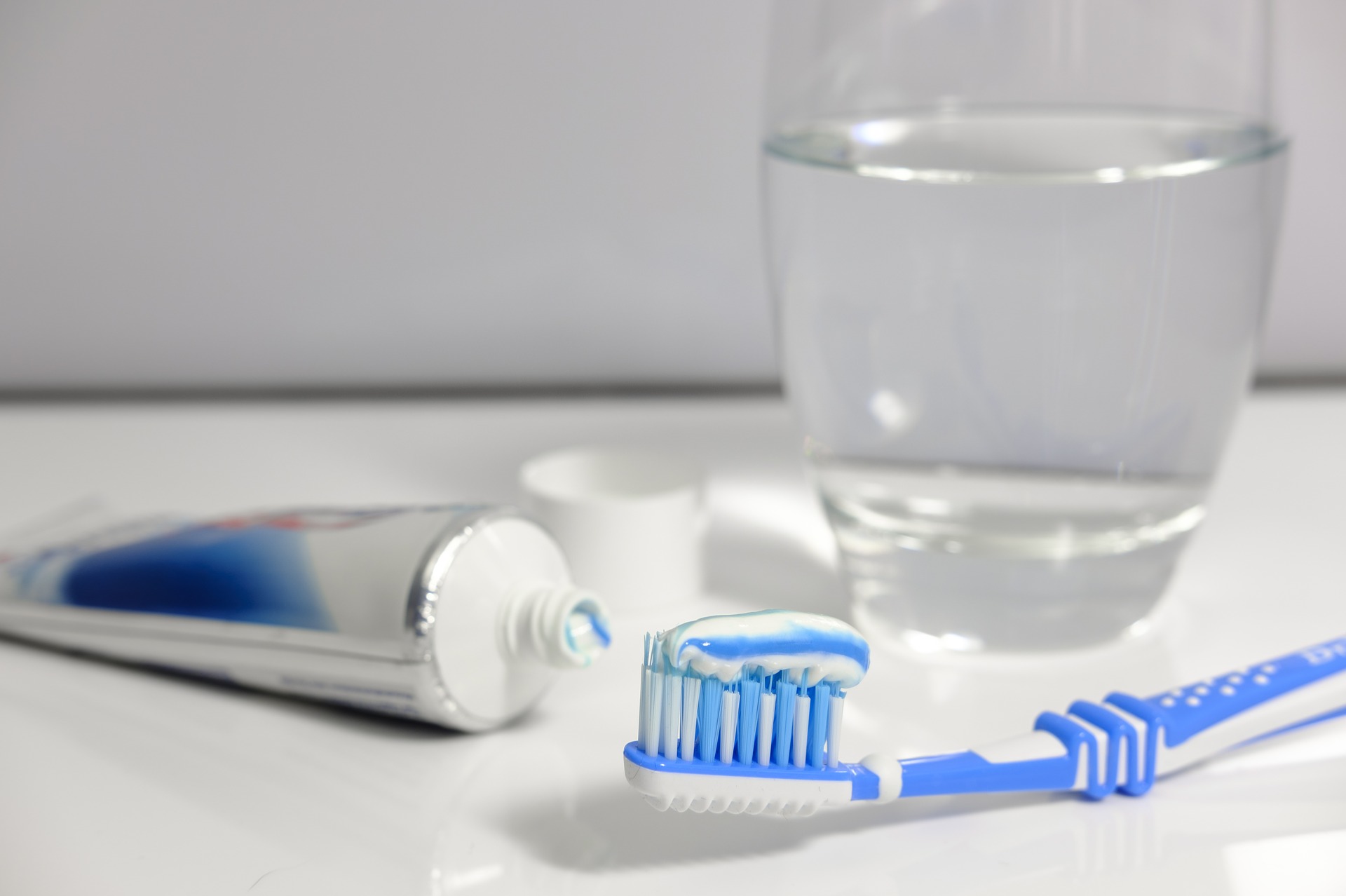 If you have sensitive gums, most likely you will experience gum bleeding. To prevent bleeding, choose the right toothbrush appropriate to your gums.

Eating sugary and processed foods too often can cause gingivitis that will lead to bleeding gums. The sugar sticks to the gums and teeth that can cause inflammation and bleeding. These foods are culprits of tooth decay and serious dental issues.

Poor nutrition is another cause of gum bleeding that can lead to scurvy. Here, your body experiences severe deficiency of Vitamin C. Prolonged bleeding can make you weak and cause anemia. Profuse bleeding of gums is a sign of vitamin K deficiency. Vitamin K is responsible for blood clotting. Thus, if your body has an insufficient amount of vitamin K, you will be prone to bleeding.

Consulting a dentist from Markham Stouffville Smile Centre will help you know how to prevent and determine effective treatments for bleeding gums. As mentioned earlier, bleeding gums are symptoms of gingivitis. With this, it is essential to do immediate action to stop the problem through treatment and prevention.

If you are consuming tobacco and experiencing gum bleeding, it’s about time to stop it. Tobacco damages the gums that may lead to serious gum disease.

Among other treatments for bleeding gums, the best practice is maintaining a healthy lifestyle. Start with eating healthy and nutritious foods good for your teeth and gums. Avoid those foods and drinks that will damage the gum lines and teeth. 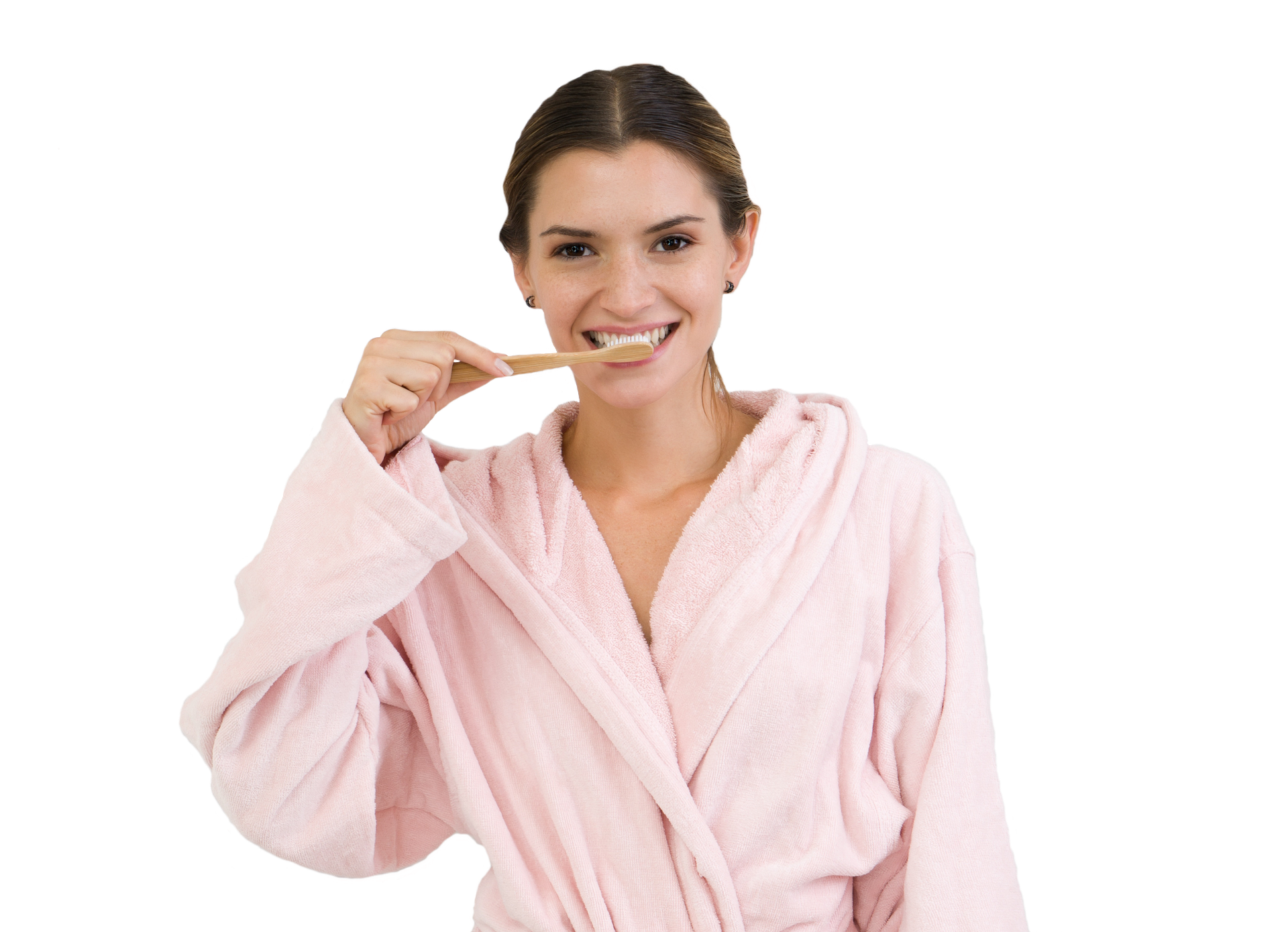 Bleeding gums can be alarming if it happens frequently. The good thing is it is treatable using home remedies. There are many home remedies available, but practicing good oral hygiene is the key.