America’s Sleep Schedule, And What Our Top Doctors Think About It? 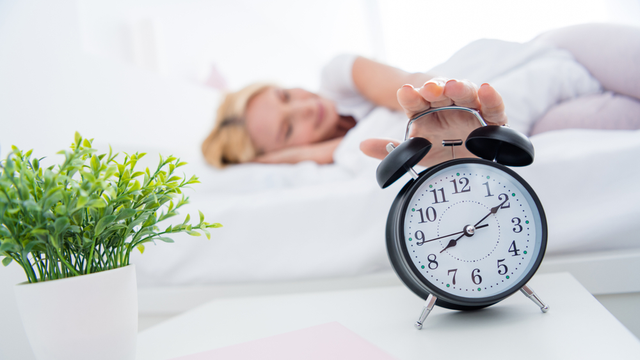 Augusta, Georgia (June 14, 2022) — According to Medical College of Georgia researchers, a graph showing how long Americans sleep shows a U-shaped trend throughout our lives, with the lowest point at age 40 and hours of sleep starting to creep back up around age 50.

According to Dr. Xiaoling Wang, a genetic epidemiologist at MCG’s Georgia Prevention Institute and corresponding author of the study published in the journal Scientific Reports, our sleep efficiency, or how much of the time we devote to sleeping that we actually sleep, tends to decrease over our lifetime, but investigators were surprised to find efficiency stabilizing from ages 30 to 60.

True sleep time is difficult to quantify in a big database of people who reflect the country as a whole. Dr. Shaoyong Su, a genetic epidemiologist at the Georgia Prevention Institute and the study’s first author, points out that most evaluations are self-reports of sleep.

The study’s primary novelties include its representative sample approach, wide age inclusion, and the use of accelerometers to detect movement and get a more objective estimate of how much sleep people had. The researchers selected a sample of 200 million Americans that are deemed representative: 11,279 people aged 6 and older from the National Health and Nutrition Examination Survey, or NHANES, which focuses on different demographics or health concerns.

These individuals’ data was collected from 2011 to 2014 and published in late 2020, making it the first time that 24-hour accelerometer data has been made accessible in a nationally representative sample. For seven days, participants wore accelerometers on their non-dominant wrists 24 hours a day. While the device does not directly measure sleep time, coauthor Dr. Vaughn McCall, chair of the MCG Department of Psychiatry and Health Behavior and an expert in the trifecta of insomnia, depression, and suicide say that measuring movement gives you some indication of whether you are asleep or not.

“Based on subjective evaluation, we validated earlier findings,” Su explains. “Adolescents and youngsters are thought to sleep later, and we discovered this.” In addition, individuals sleep less in their forties and fifties, which our data objectively corroborate.” In addition, persons aged 60 and up had longer sleep durations,” he claims.

Investigators conducted a more objective assessment of sleep characteristics based on movement in this study with 85% considered good. It also tends to diminish with age, while the researchers discovered that it stabilized between the ages of 30 and 60, indicating that individuals keep sleep efficiency for a long time but may receive the least sleep in their busy middle age.

“Traditionally, people believe that sleep efficiency declines with age, but we found that there is a steady period, from 30 to 60 years old when sleep efficiency is relatively consistent,” Wang explains. Females sleep longer than males throughout their lives, although they go to bed later, especially as they become older, and are disturbed more frequently, especially while caring for children, but they still receive around four minutes more sleep than males.

Males and females were found to be equally sleep efficient, which shocked the researchers because females are more likely to report poor sleep quality and more sleep disruptions. While further research is needed to fully comprehend sex variations in sleep, the experts conclude that sex differences should already be considered in studies and treatments of sleep health.

Females’ sleep onset time was roughly five minutes later than males’, although men went to bed later before the age of twenty. Adults in their early twenties in the United States. High school students had the largest weekday/weekend disparities in the time they went to sleep and arose, with 20 having the later CTSO, or clock time for sleep onset, which is considered the time participants really went to sleep.

Those weekday/weeknight discrepancies only occurred in school- and work-aged persons, with youth ages 14-17 exhibiting the most significant variations. The CTSO for school-aged children was 9:30 p.m., which was not surprising, but it became later throughout high school and peaked around age 21, when the average time was closer to 11:30 p.m., according to McCall, who added that he expected it to be even later.

According to the researchers, 25% of youngsters aged 6 to 13 had a CTSO close to 11 p.m. Many people shift to professional life once they enter their 20s, and the CTSO begins to reverse, he adds. “You get to the stage where you’re raising kids and working, and then what happens when it’s time to retire?” “Your entire timetable begins to shift,” McCall observes, as the CTSO becomes later once more.

The research discovered that black Americans had some of the most problematic sleep factors, such as going to bed later, sleeping for fewer hours, and sleeping less effectively than other races, including Mexican Americans.

Mexican Americans had the quickest sleep onset and the longest sleep period, but they were not necessarily effective sleepers, according to what appears to be the first study of its sort. More research on this topic is needed, according to the findings. As a result, discrepancies in cardiovascular outcomes among Black patients are surfacing as contributory variables.

Obstructive sleep apnea, for example, has been related to an increased risk of hypertension, coronary artery disease, stroke, heart failure, and other diseases. It affects roughly 26% of individuals aged 30-70 and is more severe in Blacks. The researchers believe that novel ways to address inequalities in sleep care delivery may reduce both sleep health disparities and perhaps cardiovascular health disparities, according to first author MCG pulmonologist Dr. William J. Healy.

“The influence of sleep is something we cannot exaggerate,” Wang says. “You misuse your body” if you don’t get enough sleep, she adds, and your capacity to acclimatize to less sleep reduces as you get older.

While lack of sleep is a risk factor for a variety of health problems ranging from obesity to diabetes to cardiovascular disease, it may also be an indicator of the disease, according to McCall, who believes that how we sleep is like a “canary in a coal mine” and that sleep complaints may be a sign of mental or physical health issues.

“I believe what these sleep parameters signify in terms of people’s health is that if you’re a physician or other provider and a patient comes in with a sleep complaint, you have to interpret what they say in light of their stage in life and what their likely sleep habits are,” McCall says.

For instance, consider a 22-year-old who is moaning. If you have insomnia, he will ask you what time you go to bed and how long it took you to fall asleep. “I don’t necessarily look at our findings as a barometer of ideal health,” McCall adds. “I see this as a barometer of what’s going on in America.”

Our natural tendencies are to go to bed when it gets dark and wake up when it becomes light, but life and duties get in the way of following our internal circadian clocks’ more natural 24-hour cycle, according to the researchers. Su points out that babies’ sleep habits tend to follow these more natural circadian cycles.

McCall believes that in the days before television, the internet, and cell phones, more of us slept like infants. “Is it in a 20-year-genetics old’s to constantly go to bed late, or is it because they have pals who are engaged to them, and they have parties and college keg night?” “I believe there is a great deal of societal impact here,” adds McCall. “Life has a tendency of getting in the way.”

The Georgia Prevention Institute, which has a long history of focusing on cardiovascular disease prevention, has been utilizing NHANES to investigate how circadian misalignment, which can occur as a result of inadequate sleep, affects human illness. The National Institutes of Health and the American Heart Association are also supporting the study.

The study’s co-author is Xanyan Xu, a graduate student in genomic medicine at AU who works with Wang. Dr. Xinyue Li, a biostatistician at the City University of Hong Kong’s School of Data Science, utilized an algorithm she built to better measure real sleep time using data from the accelerometer.

The National Institutes of Health and the American Heart Association are also supporting the study.

How Nurses Can Sleep Better

7 Ways to Improve the Efficiency of Your Dental Practice

Get In The Best Shape Of Your Life With OxyShred

What You Need To Know Before Becoming A Mental Health Counselor

6 Tips And Tricks For Improving Your Spiritual Health